Today we have released a new version (2018.3) of the BeamworX software suite, a  handy all-in-one-installer which contains all the BeamworX programs. We have made various bug fixes, improvements and lots of new functionality, some of the highlights are mentioned below. Registered users have received a download link and the release notes by mail.

Finds boulder shapes in an area, grid data is used as input.
Various search parameters can be entered. The found boulders are characterized by a width and length  and height above the seabed around it. Furthermore a polygon with the outline and the shallowest point is presented. 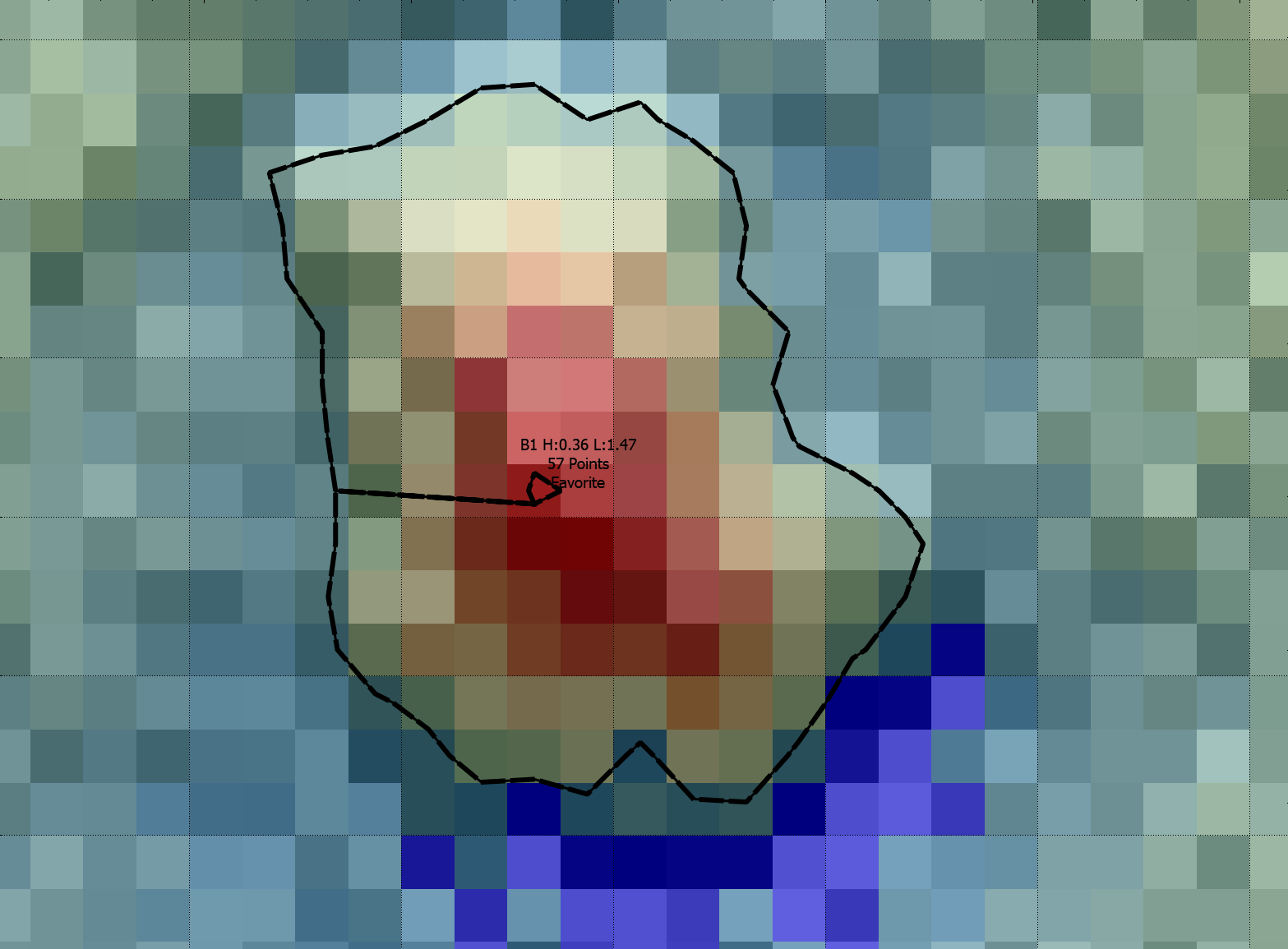 We managed to further optimize the loading speed of an inspection area.
The impact on your machine will depend on your hardware but some tests indicate a 40% speed improvement.

The Shift pings to neighbors was improved greatly. In previous versions it can happen that a ping was not shifted because there were no overlapping neighbours available.  This can happen when there are small gaps in the data. This can no longer happen, we will keep using the previously found shift values even though no overlap is found.

It is now possible to setup a fixed shading for the 3D Triangulated surface (same sun azimuth as chart view).

Log files are automatically split during recording when size exceeds a definable threshold (A). This allows for better file handling in Processing.
The Log file naming convention is now fully customizable (B). 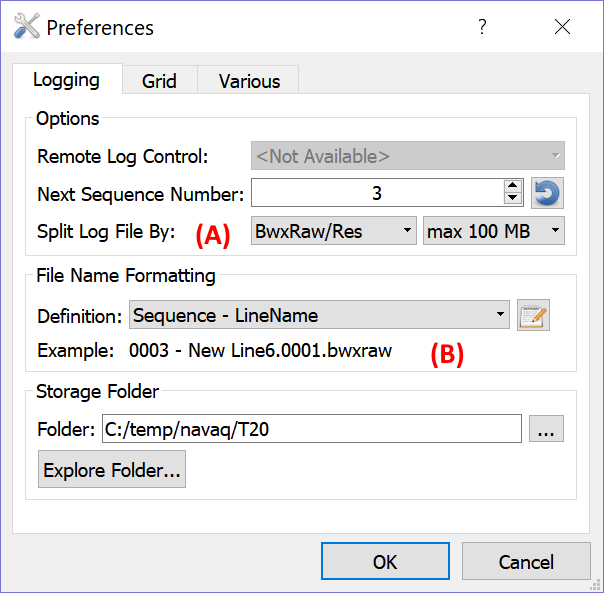 Multibeam Coverage: Optionally for  each multibeam system the outer beam line at port and starboard are drawn, the current swath is also shown.
Forward Looking:  The vessel will be positioned at the bottom of the chart instead of at the middle (only in heading up mode).
Planned Line Selection: It is now possible to select the next line by right-mouse click. 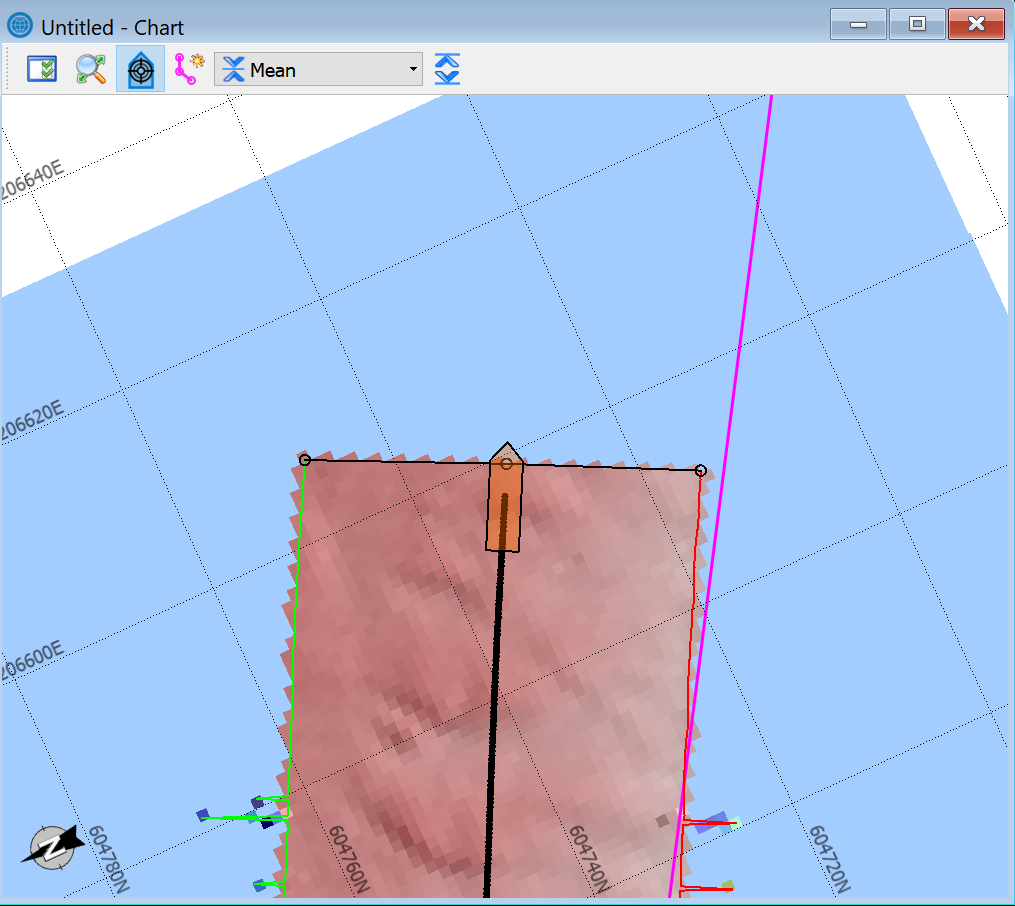 NavAQ can now  synchronize its internal clock with UTC, so this clock can now be used for timetagging data that contains no (valid) time/date in its message.  NavAQ can synchronize to an external NMEA ZDA message or to any other message that contains a time tag.