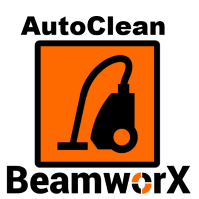 Today we have released a new update (1.2.1) for AutoClean.

This update contains some bug fixes but also some nice new functionality, for example fully user definable geodetic settings including Grid Shift files and Geoid Models.  Registered users have received a mail with a download link and the full release notes.

Some highlights of the release are:

For the support of file formats that store positions in a geographical format(lat/lon) AutoClean can now transform very precisely to the selected project CRS (datum/projection) during import. The CRS definition can be based on an EPSG code or any user definable datum and projection. Any custom definition can be conveniently saved to the predefined list for future usage.  The predefined contains some definitions for Western-Europe, more will be added soon.

AutoClean can directly read the point data from the “BathyCor” Packet. The result coordinates that are decoded from inside the files are relative with respect to the GPS antenna which is in WGS-84 geographical coordinates. These are converted to the selected Coordinate Reference System (CRS) automatically on import. Decoded are: lat-lon-height, quality, backscatter, validity flags. After processing is complete, the modifications can be written back to the original wmbf file.

AutoClean now allows import of selected areas from a KML file, the project CRS is used to convert the KML coordinates, to cartesian coordinates.

We have processed some feedback regarding the Geo Locator functionality, all focused on improving the performance in case a large number of Geo Locators are used.

For the ASCII export of Points, Grid and Geo Locators it is now possible to define a custom header of up two 10 lines. Any kind of content can be placed in there.

Contact us on sales@beamworx.com for a demonstration of the new functionality.